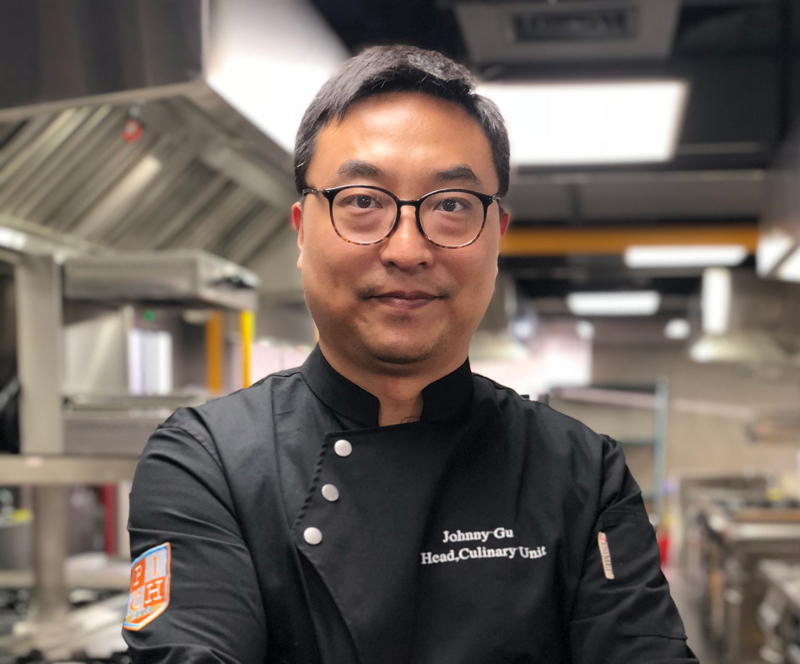 We are delighted to welcome Chef Johnny Gu from Shanghai to Coco Bodu Hithi this March. He will be hosting two exclusive dinners at Aqua restaurant, as well as a very special masterclass for our guests.

Chef Johnny is the Executive Chef at Lilac Family Cuisine, a fine-dining restaurant based at the Le Sun Chine Hotel Shanghai- a member of Relais & Châteaux.

Johnny began his culinary career in 1996, working at the first international five-star hotel in Pudong, Shanghai. It was here that he was taught by Chef David Yip, the renowned Chinese master chef who has won a Five Star Diamond Award from the American Academy of Hospitality Sciences.

In 2002, Johnny joined Nobel House, a top seafood restaurant chain as their Executive Chef. In 2010, he worked alongside Michelin-starred chefs Gianni D’amato from Italy and Toni Morwald from Austria on several high-end dinner events.

Johnny has appeared as a judge on the popular Shanghai SMG TV show, Runway Chef, in 2016. In 2017, he served on the judging panel of the Food and Hotel China International Competition.