This month our Marine Biologist at Coco Bodu Hithi, Carolina de la Hoz Schilling, explains why you should experience ‘jawsome’ moments in the Maldives.

If you have visited Coco Bodu Hithi, you may have noticed some sharks swimming around our reefs. As a marine biologist, one of the most common questions I get to answer on an almost daily basis is: “Are the sharks dangerous?” 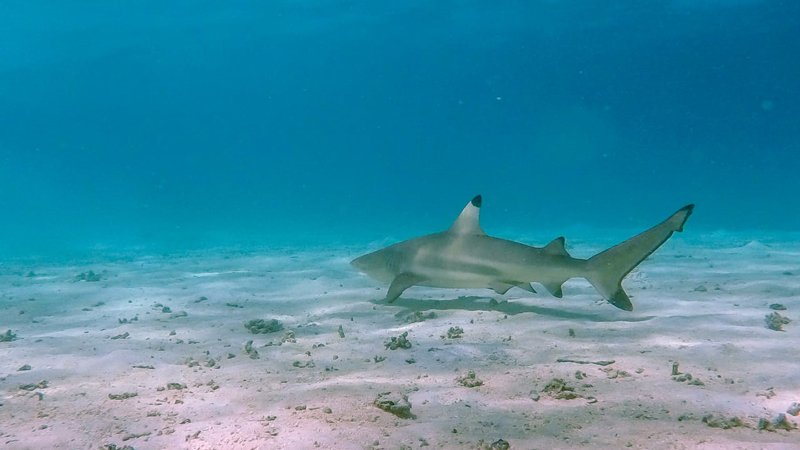 Like many other people, I grew up with a lingering fear of sharks that was based on misleading information I had gathered from Hollywood movies or people bad-mouthing these animals.
Today, many years past my childhood, and after having devoted a few years to studying, working and diving with them, sharks are undoubtedly my favorite animal in the whole wide world.
Let me explain why:

Sharks evolved over 500 million years ago and have managed to survive five mass extinctions while still occupying their place as apex predators in the ocean. When we hear the word “shark” our mind automatically pictures a Great White emerging vertically from the deep blue sea, but in truth there exist over 500 different species of sharks that vary in size, shape, habitat, diet and behavior. Lantern Sharks can be as small as 20cm whilst the gentle Whale Sharks can reach a size of 14m! 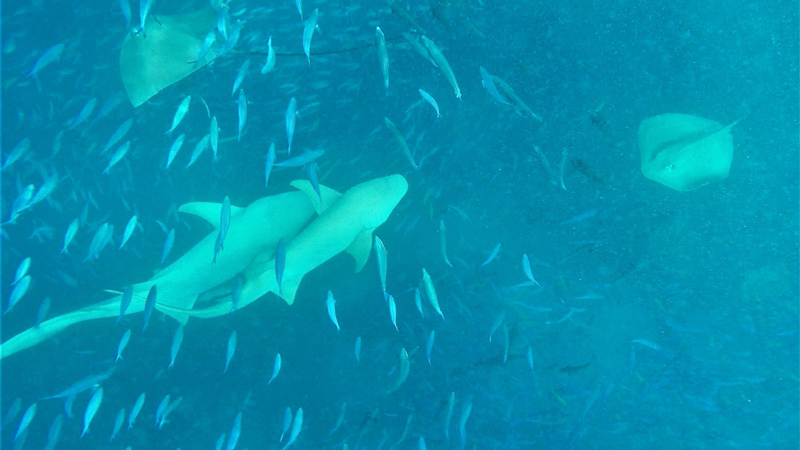 So what are the defining features that all sharks have in common?

Sharks and Rays form one group of animals called “elasmobranchs” that are different from other fish due to their skeleton being made completely out of cartilage, which provides many advantages over bone: Cartilage is flexible, lightweight and buoyant, which is energy-efficient and allows them to be better hunters.

Sharks don´t have scales like most fish but instead are covered in tiny plates that resemble the tiles on a roof and are made of the same material as teeth. Speaking of teeth: Shark jaws are lined up with several rows of teeth that move forward like a conveyer belt as they continuously loose teeth throughout their life.

Sharks, unlike humans, use SIX senses to explore their surroundings:
1.    They perceive pressure changes in the water through a specialized organ on their skin called “lateral line”

2.    Although you cannot see them, sharks have inner ears that are tuned for low frequency sounds

3.    Most sharks have very good sight and the ability to see colors as well as to reflect light in order to adapt to low light conditions

4.    Sharks, as most of us know, have an excellent sense of smell but contrary to popular belief, they are not attracted to human blood

5.    Sharks explore potential prey and unknown objects with the taste buds in their mouth, but it is the least important sense for them.

6.    Sharks have the unique sense of electroreception that allows them to perceive electric impulses emitted by muscles and inanimate objects through tiny pores located around the mouth and snout area called “Ampullae of Lorenzini”

While all this information might make sharks appear threatening, in reality, no other top predatory animal on land would allow you to come as close as sharks do without posing a safety threat. Sharks are, by nature, lazy animals that don´t generally like to waste their energy and that peacefully share their space with many other species whilst keeping food webs in balance and prey populations healthy.

Unfortunately, shark populations are widely threatened by overfishing due to the large shark fin trade and demand for other shark products such as their liver oil and meat. A high amount of sharks are unintentionally caught by commercial fishery nets or suffer due to water pollution and habitat destruction. An estimated 100 million sharks are killed every year and 25% of all shark species are threatened with extinction, all of which has detrimental effects on the ecosystem.

Considering that shark species have a slow growth rate, late maturation, low fecundities and long reproductive cycles, which places them among the least resilient of fish species to intense exploitation, it is of vital importance to protect them. 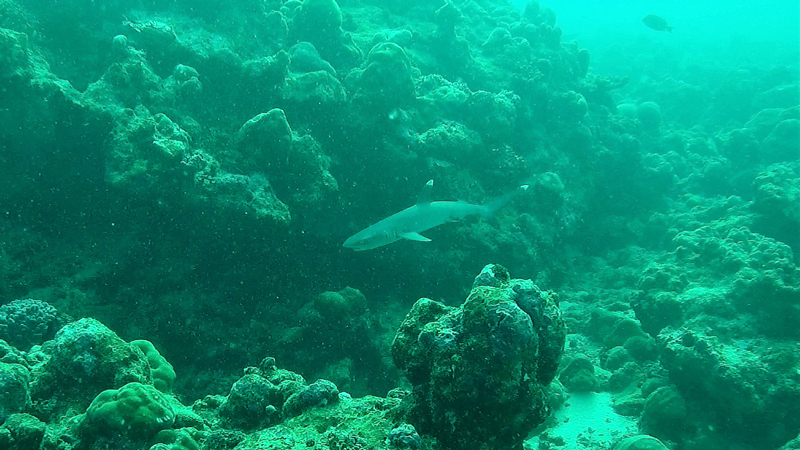 The Maldives have placed a total ban on shark fishing since 2010 after decades of decreasing populations and now officially belongs to the very small group of countries that entirely protects its sharks! 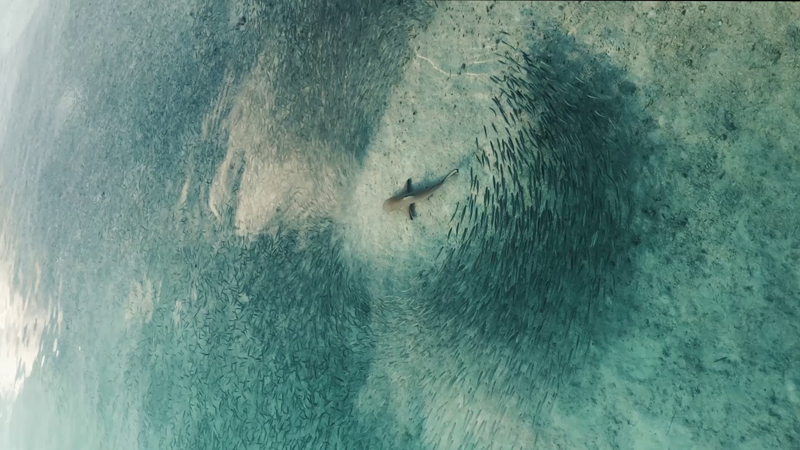 Baby Black Tip hunting for bait fish next at our shore

Some of the most frequent shark encounters around our island as a snorkeler are Black Tip Reef Sharks, with newborns commonly roaming around our shallow water lagoons, Nurse Sharks and White Tip Reef Sharks. If you enjoy scuba diving you will have the chance to spot Grey Reef Sharks, Silvertip Sharks or Leopard Sharks as well! And while I would obviously advise you never to touch a shark, I invite and encourage you to swim among them and to try and see them through different eyes. It is certainly one of the most unforgettable experiences you will ever have! 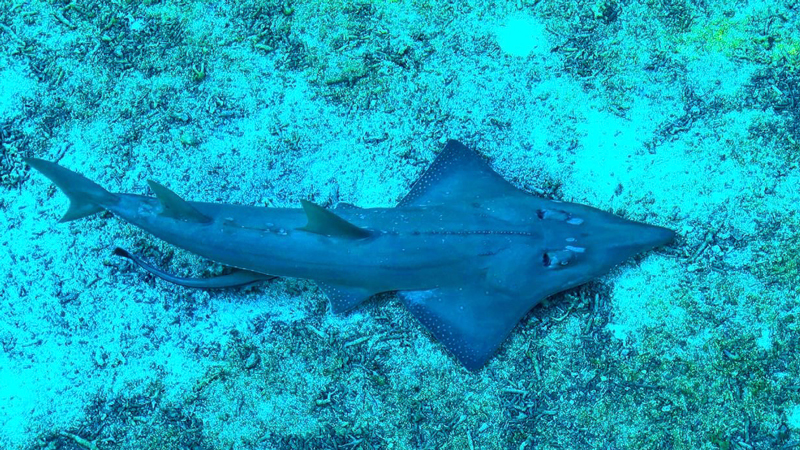