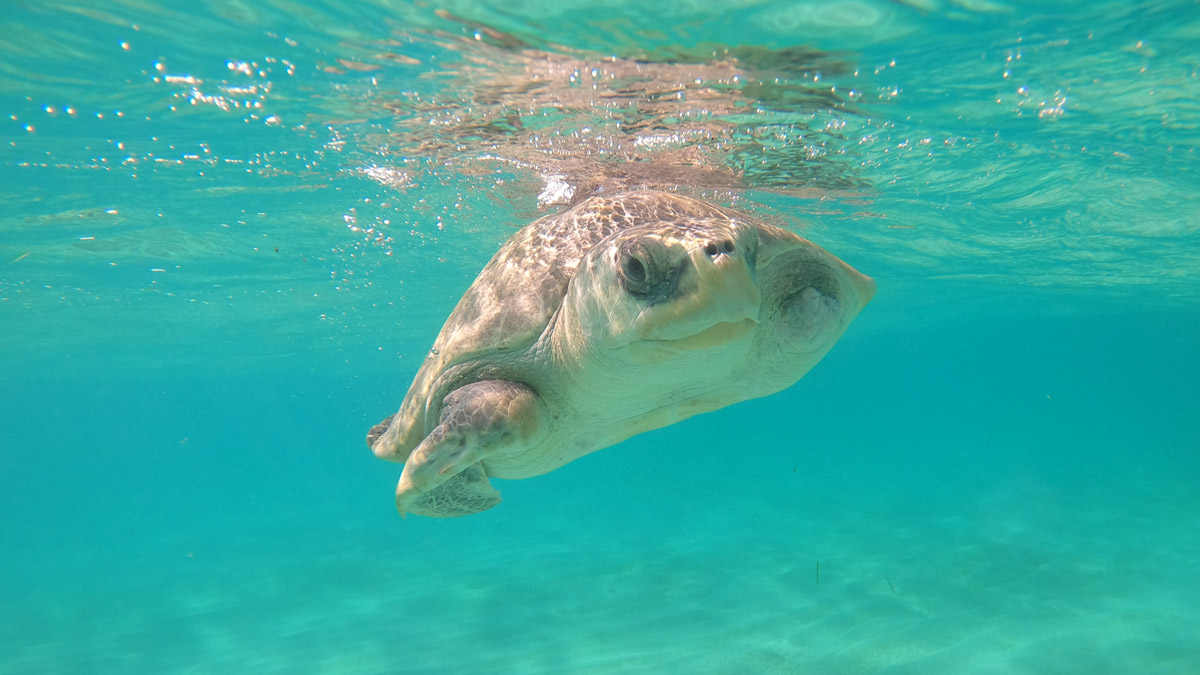 Heidi, a rescued Olive Ridley Turtle with only one front flipper, has left his home with the Olive Ridley Project in Coco Palm Dhuni Kolhu to embark on a new journey at UK’s largest aquarium, the National Marine Aquarium.

Heidi was found entangled in a ghost net-- a fishing net that has been abandoned, lost, or discarded into the ocean. He had deep wounds to both front flippers, and unfortunately the front left flipper had to be amputated. Heidi’s remaining front flipper suffered extensive muscle, nerve, and blood vessel damage so is also not functional, meaning he would not have survived in the wild.

The 65cm Heidi underwent surgery, treated with care, and resided for the past four years at the Olive Ridley Project Marine Turtle Rescue Centre at Coco Palm Dhuni Kolhu before being flown by IAG Cargo, the cargo arm of International Airlines Group, to his new home in Plymouth. After arriving in the UK at the beginning of November, Heidi has spent a few weeks acclimating in a tank at the National Marine Aquarium before being transferred to the aquarium's magnificent Great Barrier Reef Tank. 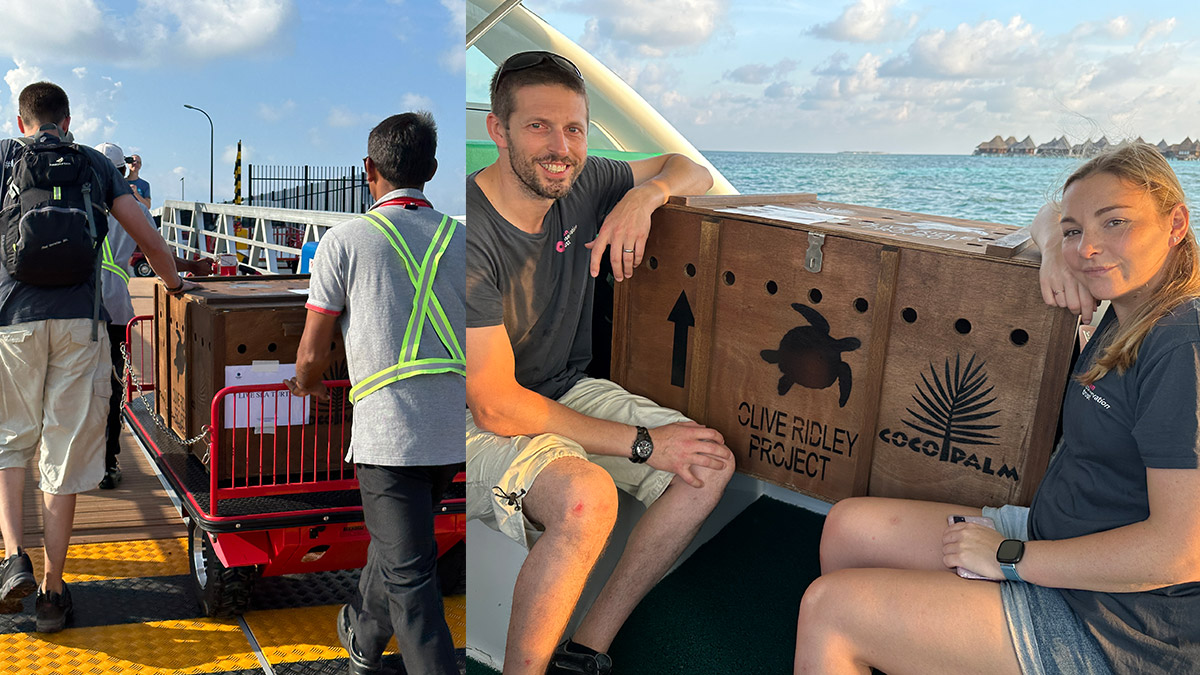 Marcus Williams, Curator at the Ocean Conservation Trust, said: “We are delighted to be able to give Heidi a home in our Great Barrier Reef Tank. As well as allowing our audiences to engage with this wonderful animal, we will be able to educate on the dangers of ghost nets and the importance of conservation efforts around the world. It was an amazing effort to get Heidi safely over to Plymouth, and we couldn’t have done it without the help of some dedicated organisations, including Olive Ridley Project, Coco Palm Dhuni Kolhu, IAG Cargo, JCS Livestock, Trans Maldivian Airways and British Airways. 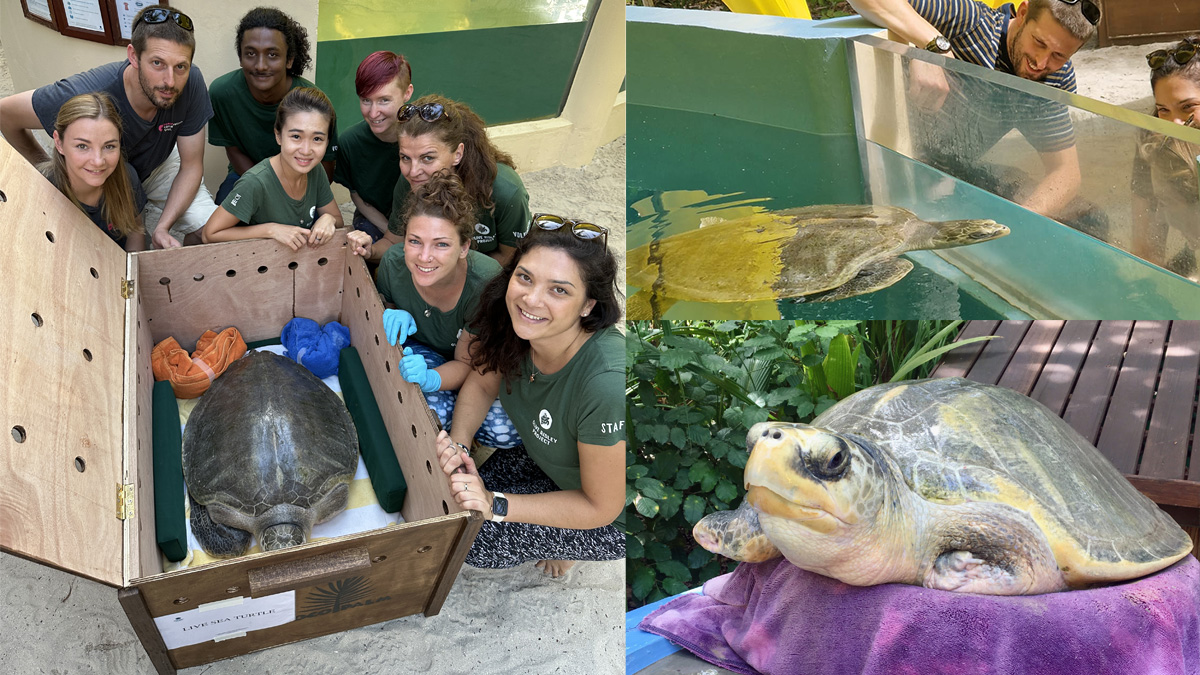 Dr Claire Petros, Lead Veterinarian from the Olive Ridley Project commented, “We’re excited that our long-term patient, Heidi, has arrived at his forever home at the National Marine Aquarium in Plymouth in England. Sadly, Heidi would not have been able to return to the wild as he has no use of his remaining front flipper and as such wouldn’t have survived back in the ocean. He has such an incredible personality and we thought he would make a fantastic ambassador, raising the awareness of the threat that turtle’s face from ghost nets around the world. 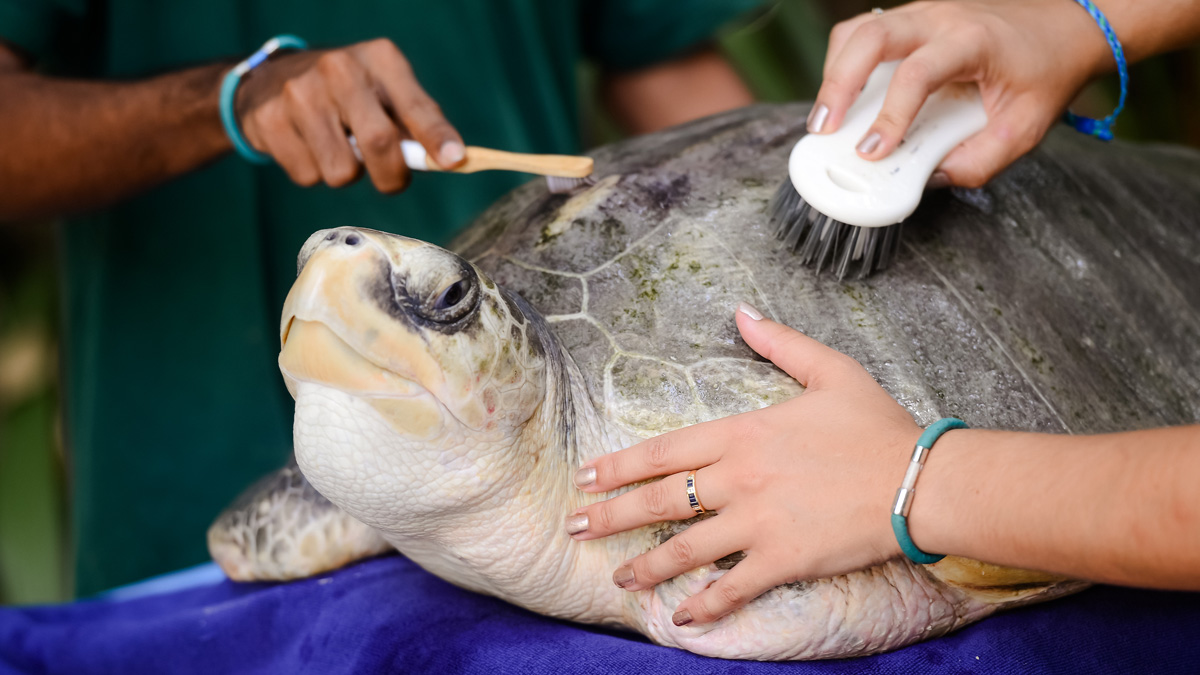 Despite his injuries, Heidi is a competent swimmer and diver using his back flippers. Quite the acrobat, he often puts on a display of turning upside down and spinning around to catch pieces of fish, so will be a fascinating addition to the wonderful array of animals that can already be found at the National Marine Aquarium.

Valerie Hadley, Specialised Product Manager at IAG Cargo, said: “We are delighted to have partnered with the Ocean Conservation Trust to transport Heidi the turtle safely from the Maldives to London-Heathrow. At IAG Cargo, we’re used to handling precious cargo and have been moving live animals for many years. Each scenario is handled with care and we take the animals' unique needs into consideration – ensuring that they arrive safe and sound. 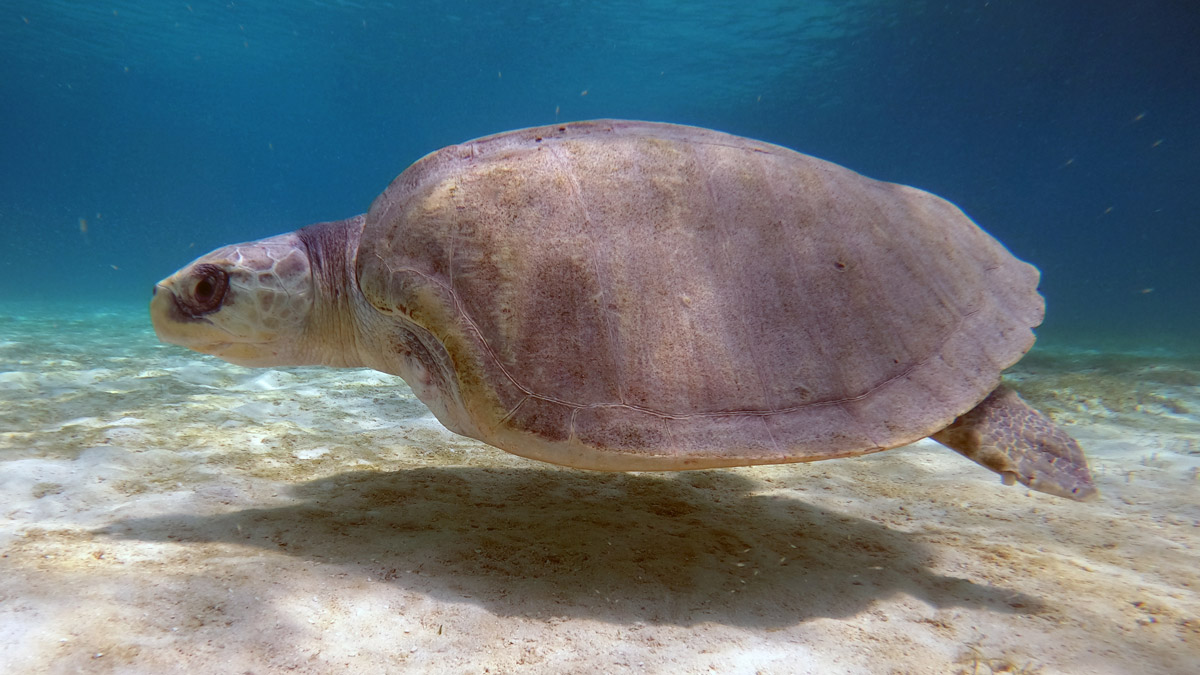 Now in the Great Barrier Reef tank, guests to the aquarium can see Heidi putting on his gymnastic display and making friends with the tank’s current residents.

As sad as we are to say goodbye to Heidi, we know he will be a wonderful ambassador and will be happy in his new home!