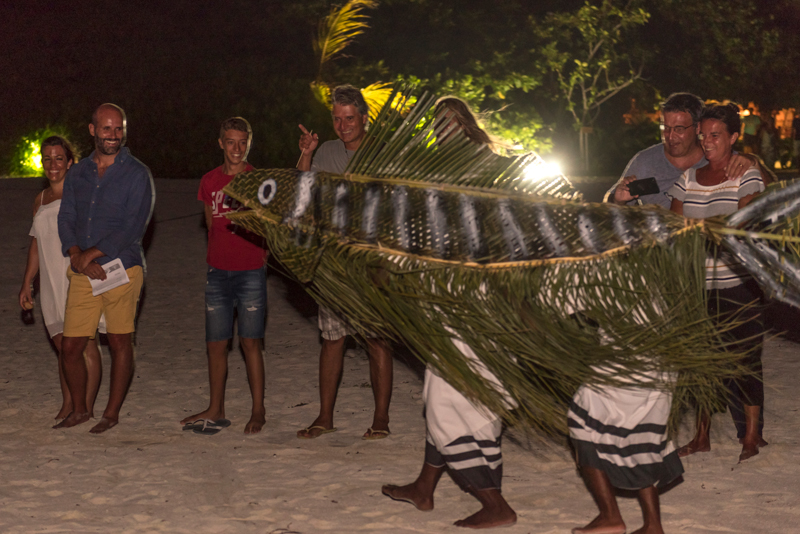 Coco Bodu Hithi and Coco Palm Dhuni Kolhu celebrated Eid al-Adha this year with many traditional experiences and activities on the islands.

Eid kulhivaru, meaning Eid activities, refers to the cultural festivities and celebrations that take place during this important holiday. One such example is the beloved Bodu Mas parade which takes place on many islands during this period.

Coco Bodu Hithi and Coco Palm Dhuni Kolhu held their own versions of the parade, which involves a giant fish weaved from palm fronds and used as a costume by several men who manoeuvre it from underneath. The parade tells the tale of a mythical fish and the brave fishermen that tried to catch it. This old folktale was told on the back of our Eid greeting card and was placed on the beds of all the villas alongside a traditional Maldivian sweet.

Guests at both resorts enjoyed a sumptuous buffet for dinner which included Maldivian classics such as roasted chicken curry with roshi, and the culinary team at Coco Palm Dhuni Kolhu prepared a malaafaiy according to Baa Atoll traditions.

Malaafaiy is the name given to large, wooden serving dishes, whose exterior and lid are intricately decorated with traditional Maldivian lacquer work. These dishes are typically filled with rice and small bowls of curry, as well as bananas and other side dishes and salads, before being covered with the wooden lid. The entire malaafaiy is then wrapped with a white cloth, tied at the top. The Coco Palm Dhuni Kolhu malaafaiy contained items such as sea almond rotis and ulhaali, flat pieces of fried dough shaped into intricate designs. 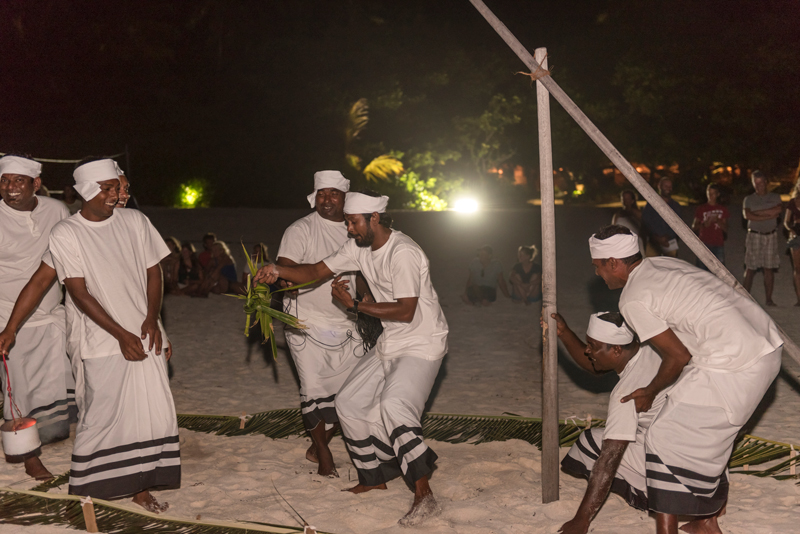 Our associates enjoyed an Eid feast of their own, following a special awards ceremony in recognition of all their hard work and dedication.