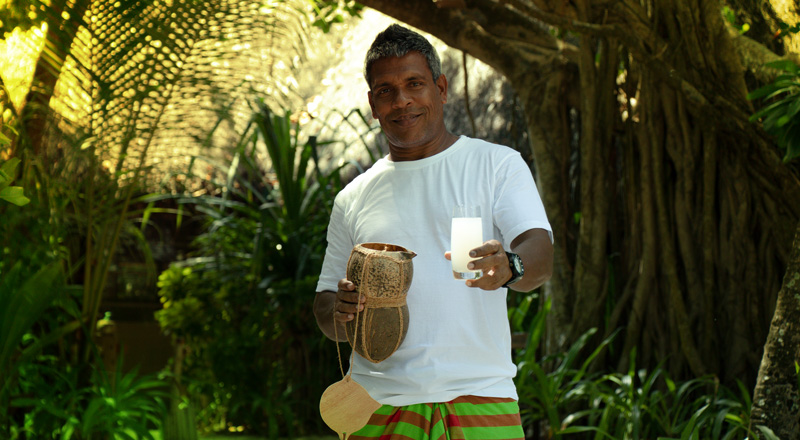 Toddy, known locally as ruku raa, is extracted from the blossom of the coconut palm. The process of extracting this sweet drink, known as toddy tapping, is infamous for its complexity.

We sit down with Haroon Ibrahim, the resident Toddy Tapper at Coco Palm Dhuni Kolhu to learn more about this local tradition.

• How did you first become a Toddy Man?
I have always had an interest in toddy tapping. I learned from a gentleman who visited my island from Meedhoo in Raa Atoll. I observed him toddy tapping, learned the little tricks of the trade, and soon after I started practicing myself. 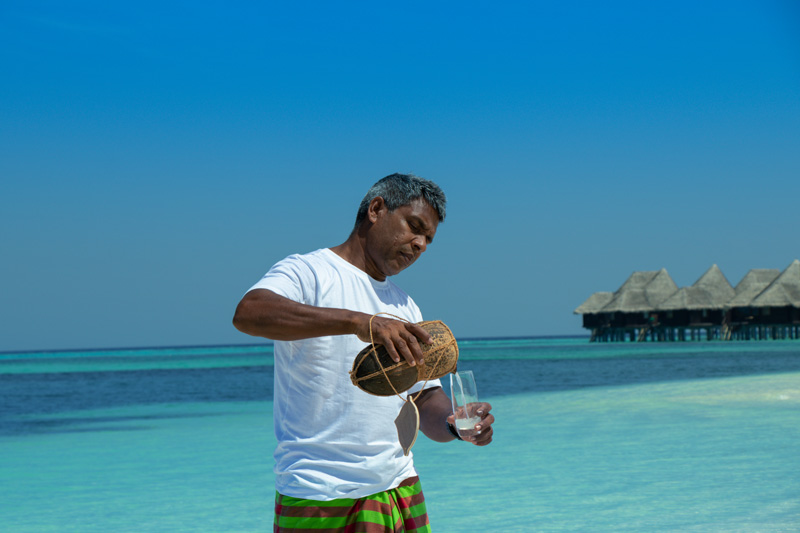 • What are some recipes for a toddy drink?
As a Maldivian, I would say that the best way to drink fresh toddy, without adding anything to it! Toddy is always tapped very early in the morning. It also ages very quickly so it tastes sweeter in the evening, however people say that it is better for your health if you drink it fresh in the morning.

Apart from being a deliciously refreshing drink, toddy is also boiled down to make coconut honey or dhiyaa hakuru. Dhiyaa hakuru can be considered as the Maldivian alternative to sugar and was traditionally used to make a variety of desserts. 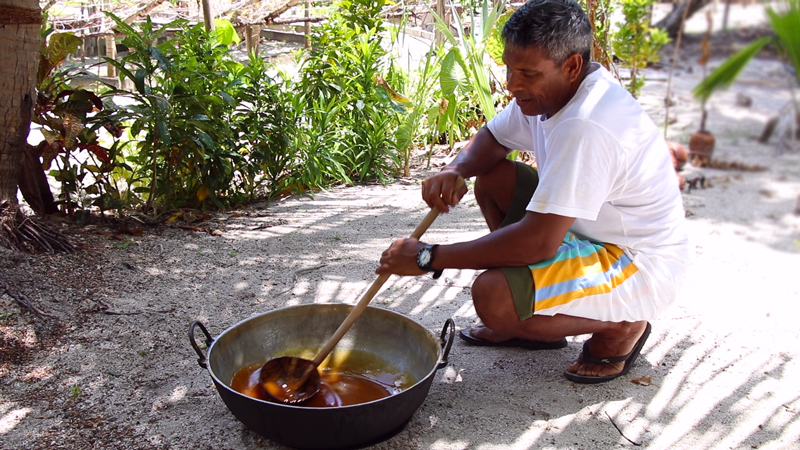 Haroon and the chefs at Coco Palm Dhuni Kolhu have been busy tapping toddy and making dhiyaa hakuru to use at the resort.