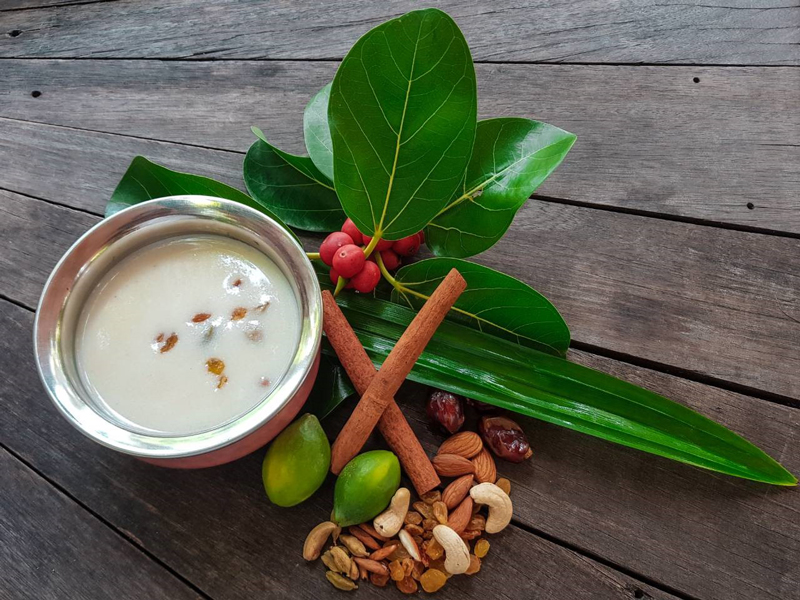 Maldivian cuisine has evolved from a rich assemblage of traditional tastes and flavours, with strong influences from its neighboring countries, especially India and Sri Lanka. In the past, Maldivians depended on three essential ingredients’, fish, coconut, and starches, which culminated in an exceptional cuisine made up of mild spiciness, delicate sweetness, and an overall tropical taste. However, over time, with the influence of foreign travel and trade, Maldivian cuisine developed its own idiosyncratic mixture, embodying a unique cultural identity.

Maldives being an Islamic nation, our cultural identity is also informed by elements of religious values and celebrations. As such, the fasting month of Ramadan and the occasion of Eid are part of the long cherished celebrations held sacred in our local community. One of the most significant of all is the holy month of Ramadan, as locals abstain from both food and drinks until sundown. Whilst the religious significance and ritual practices of Ramadan makes this an extremely important month for Maldivians, it is also very festive, especially in terms of culinary experiences.

Sunset at Ramadan is a time of joy and celebration as we break our fast, eating delicious traditional food during roadha villun (breakfast). Dates and fresh juice, including watermelon, young coconut and are particularly popular, followed by sweet and savory hedhika (short eats). Although the types of hedhika diverges by household, majority of hedhika dishes are made from the basic ingredients of tuna, shredded coconut, chillies, onions, and flour. During Ramadan, it is also customary to take haaru (late supper) in the middle of the night, with many traditional dishes including fried fish, various types of curries, along with roshi (chapatti), and rice being the most popular.

As a special Ramadan treat, we are delighted to share with you the recipe for Suji, an immensely popular beverage during this festive period. This particular suji recipe is courtesy of Chef Faiz Idrees, the Executive Chef at Coco Palm Dhuni Kolhu.

2. In a large pot, heat one tablespoon of ghee, and when the ghee has melted and is well heated; add the onions and cardamom pods.

3. While stirring, cook the onions until they become dark brown.

4. Remove the onions and cardamom pods and set them aside.

5. Add the raisins to the same pot, and while stirring, cook them until they take on a deeper brown colour.

6. Remove the raisins from the pot and set aside.

7. Add the half cup of Indian almonds to the same pot along with half a tablespoon of ghee; stir and cook until the almonds take on a deeper brown colour.

8. Remove the almonds from the pot and set aside.

9. Add 1 tablespoon of ghee into the same pot and add the semolina; cook until the semolina takes on a golden tint.

10. Add water, cinnamon, and pandan, along with onions, cardamom pods, raisins, and almonds you have already prepared.

11. Stir to combine everything, put the lid on and bring the mixture to a boil while keeping the heat on medium.

12. Add the condensed milk and jasmine water, stir to combine, and let it simmer for another two to three minutes.