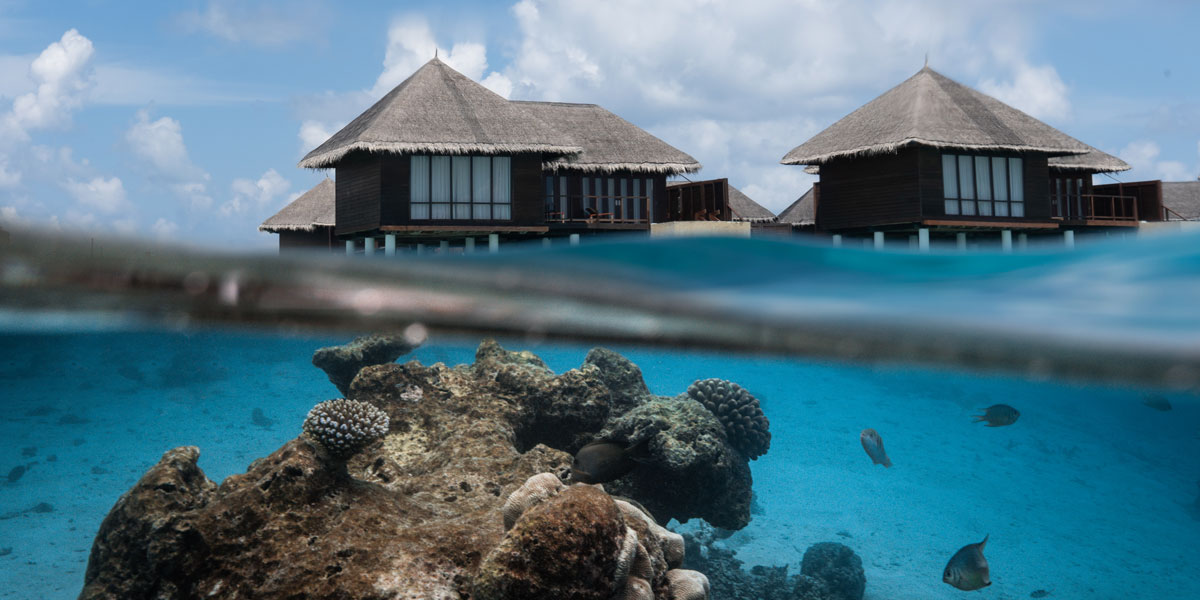 The Maldives is famous for its rich marine biodiversity with magnificent coral reefs teeming with all manner of life and mysterious creatures residing in our deep, open waters. What you may not realise however, is that we have a wonderfully diverse population of wildlife above the oceans as well. From elegant seabirds to tiny critters that scrabble across the sandy beaches, our islands are home to many interesting creatures. Meet some of the creatures you may encounter at our resorts—under the water, on the beach, and in the trees!

Hermit crabs are soft bodied crustaceans, which means they do not have their own shell. They utilise the colourful shells of dead gastropods in order to protect their delicate abdomens. As they grow larger, they discard their little homes and find larger, more comfortable shells. Nonetheless, it is not always easy to find the perfect home, thus all the more reason for us to be considerate and avoid collecting shells from the ocean. Contrary to what their name may suggest, hermit crabs do enjoy the company of their crustacean friends! 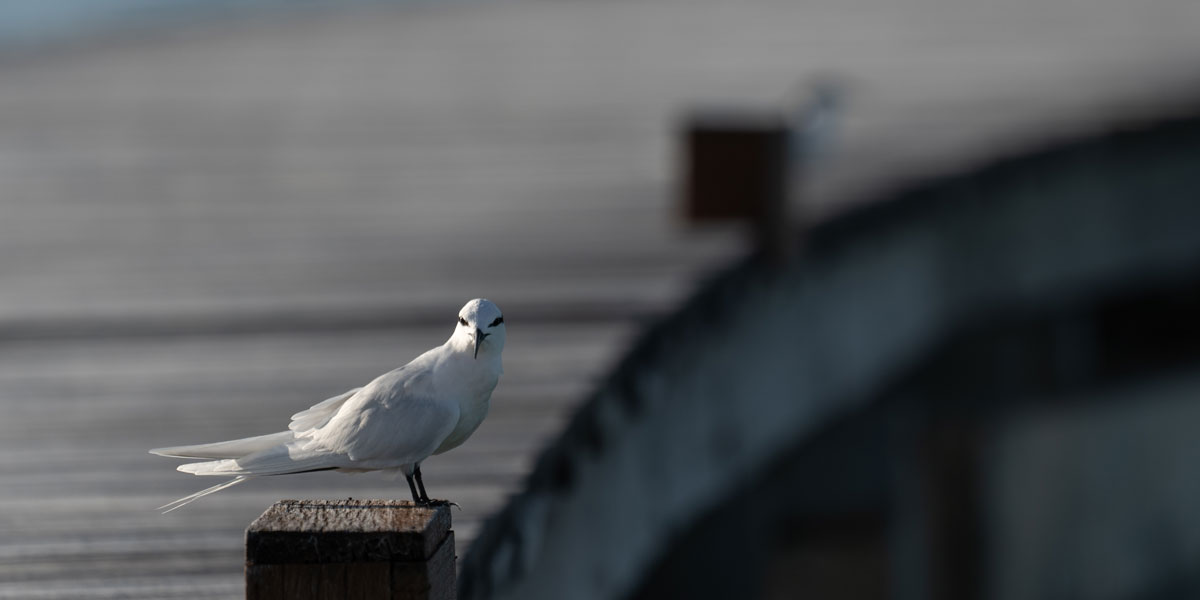 Black-Naped Terns, also known as Kirudhooni in the local language of Dhivehi. These elegant birds feed mainly on fish, hunting by shallow plunge diving into the sea and skimming along the surface to catch their prey. They can often be spotted along the jetty of our Coco Residences, or nesting on nearby sandbanks. 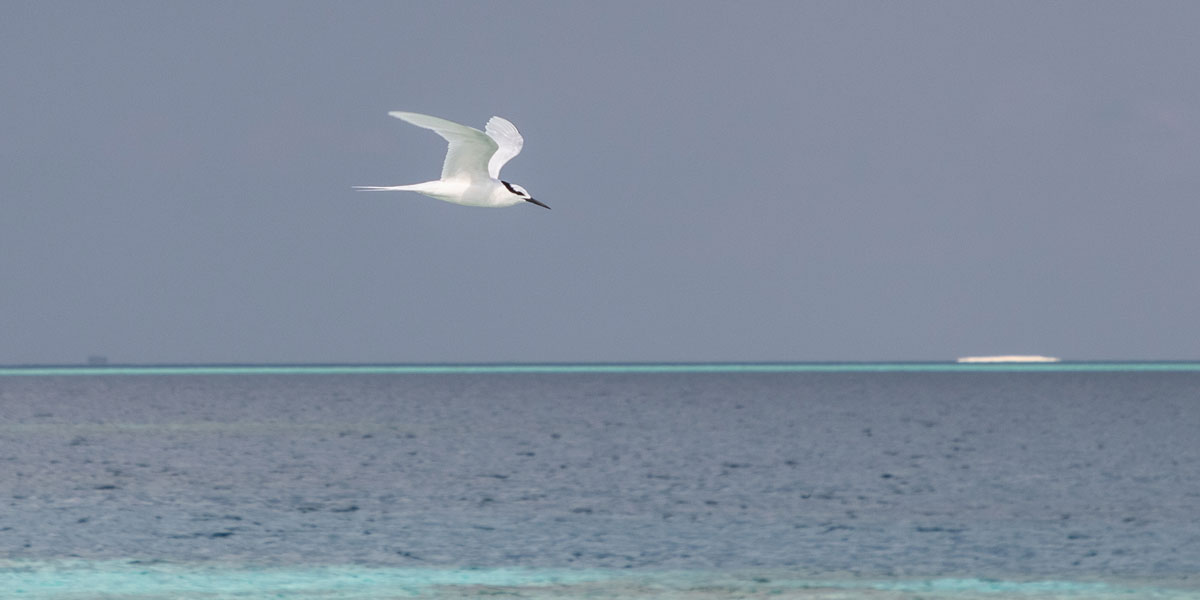 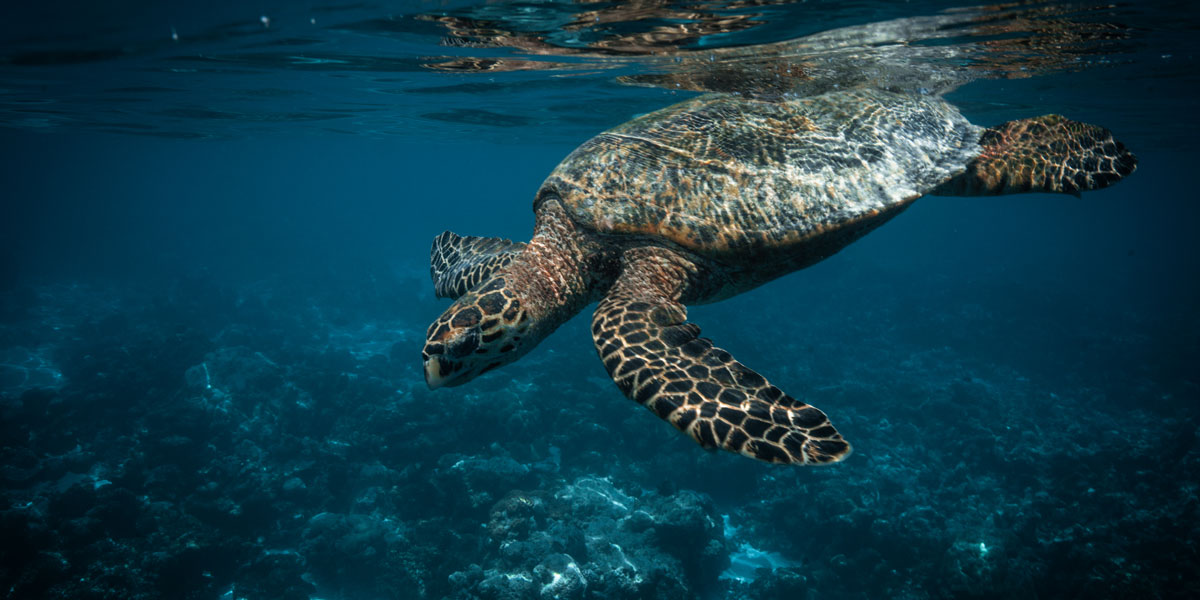 Hawksbill turtles are one of 5 species of sea turtles found in the Maldives. They can be identified by their tapered heads and pointed beaks, hence the name hawksbill. They are most known for their stunning shell which is made up of a distinctive pattern of overlapping scales, giving them a serrated look along the edge. 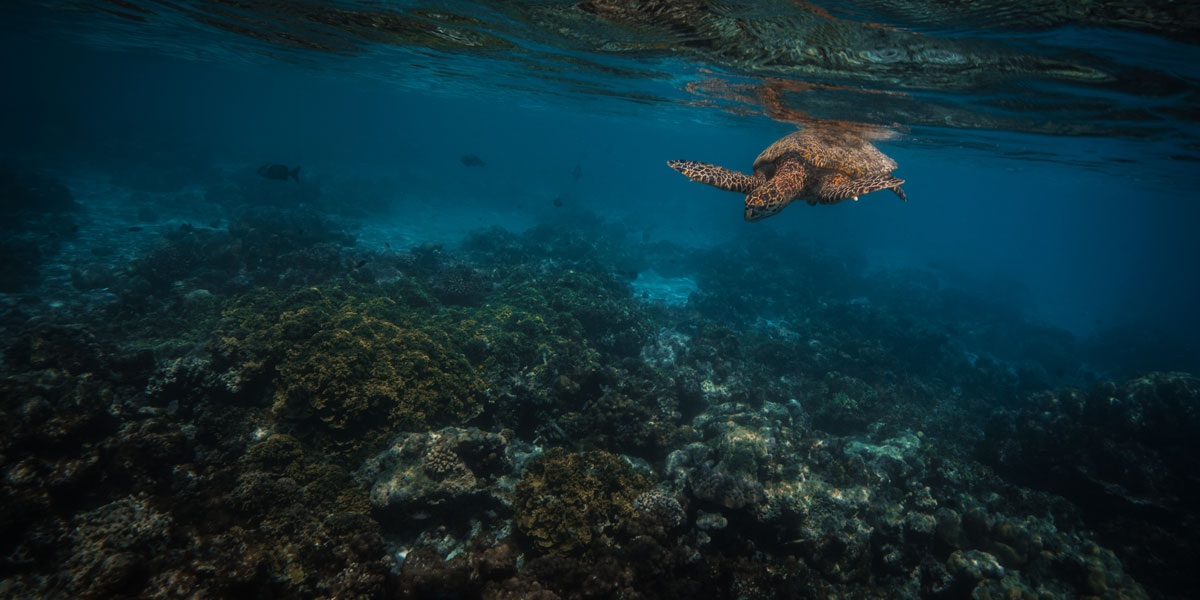 Sadly, their beautiful shell is the main reason why Hawksbill turtles are now a critically endangered species- making it even more important to learn more about these amazing creatures and how we can protect them. 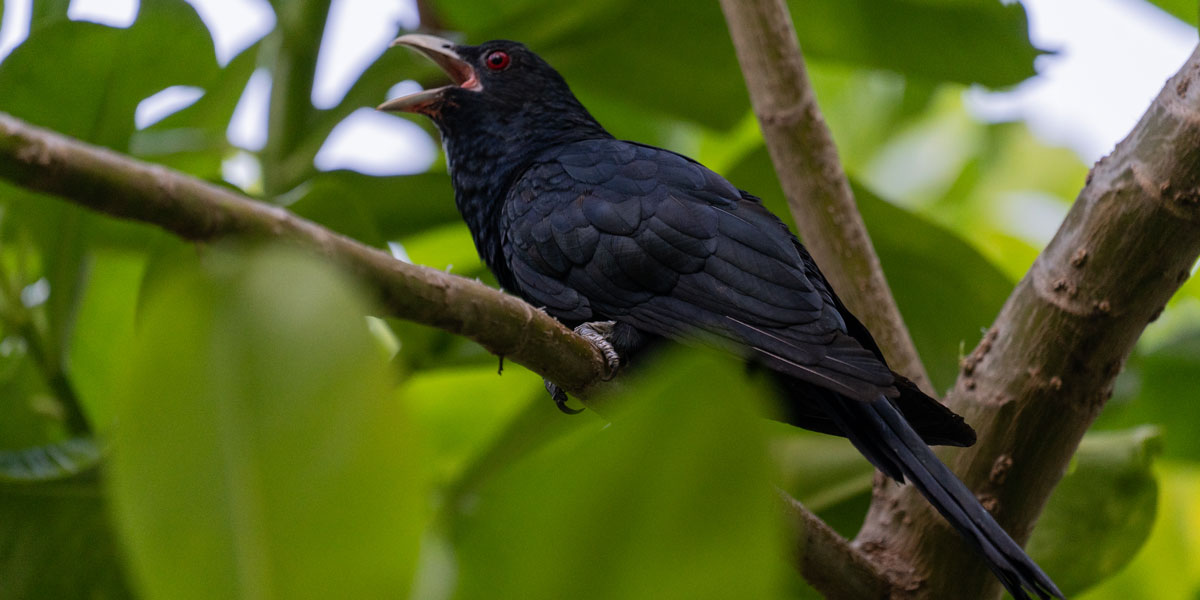 The Asian Koel, called Koveli in Dhivehi, is often heard before it is seen. Particularly during the breeding season, the males make a repetitive “koo-el” sound which gets progressively louder. A type of cuckoo, the Asian Koels are human-shy and live in the denser thickets of trees within the islands. Like many other cuckoos, the females lay eggs in the nests of other large birds, including crows. The males have a shiny black plumage with a blueish sheen, while the females are dark brown with spots of white. Adult Asian Koels have distinctive ruby red eyes. 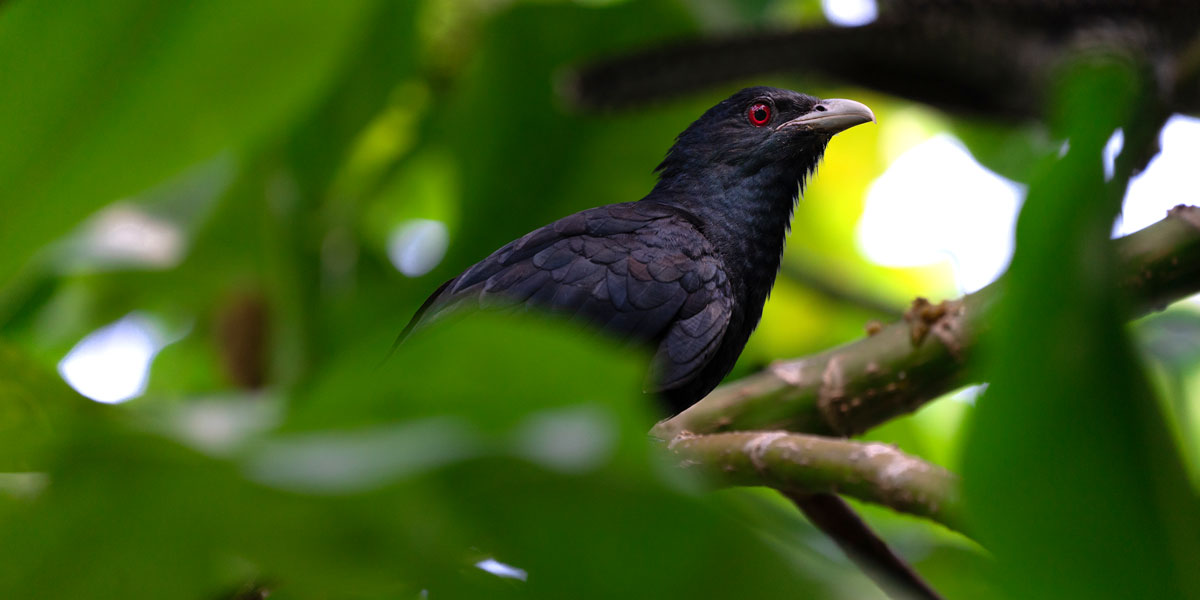