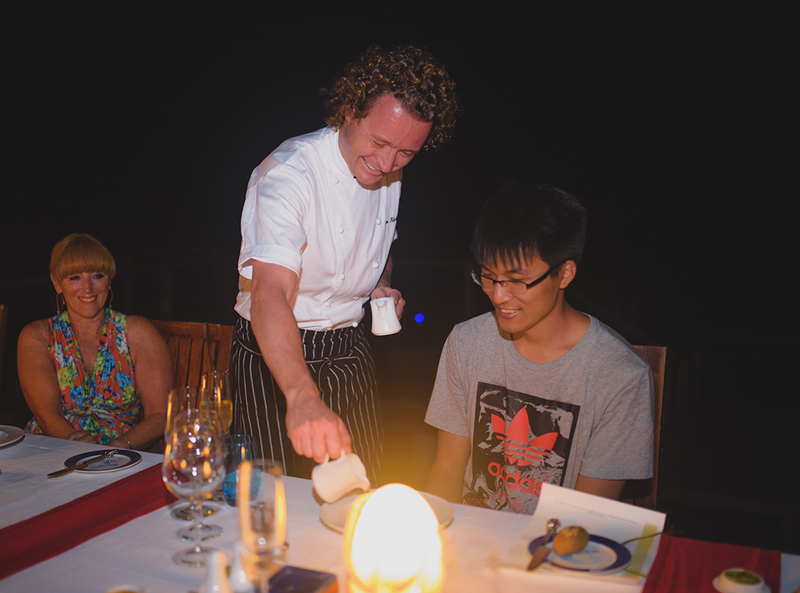 We are thrilled to welcome back Michelin-starred Chef Tom Kitchin to the shores of Coco Bodu Hithi.

Born in Scotland, Tom Kitchin is Chef Proprietor of one of Britain’s finest restaurants, The Kitchin in Edinburgh. The restaurant opened in 2006 and was awarded a Michelin star just six months later in 2007 which it has retained for 11 years.

Kitchin Group also includes award-winning Castle Terrace Restaurant and gastropub The Scran & Scallie which opened in March 2013 and was awarded a prestigious Bib Gourmand, becoming the only Scottish restaurant to be added to the 2017 Michelin Guide, last year.

Tom is a regular guest on The One Show, Saturday Kitchen Live, as guest judge on Masterchef and headlined the BBC2 series, The Chef’s Protégé. Tom’s newest cookbook, Fish & Shellfish, was released on 23rd August.

Tom will be serving his exquisite 5-course menu at Coco Bodu Hithi on the 23rd and 27th of December 2018.