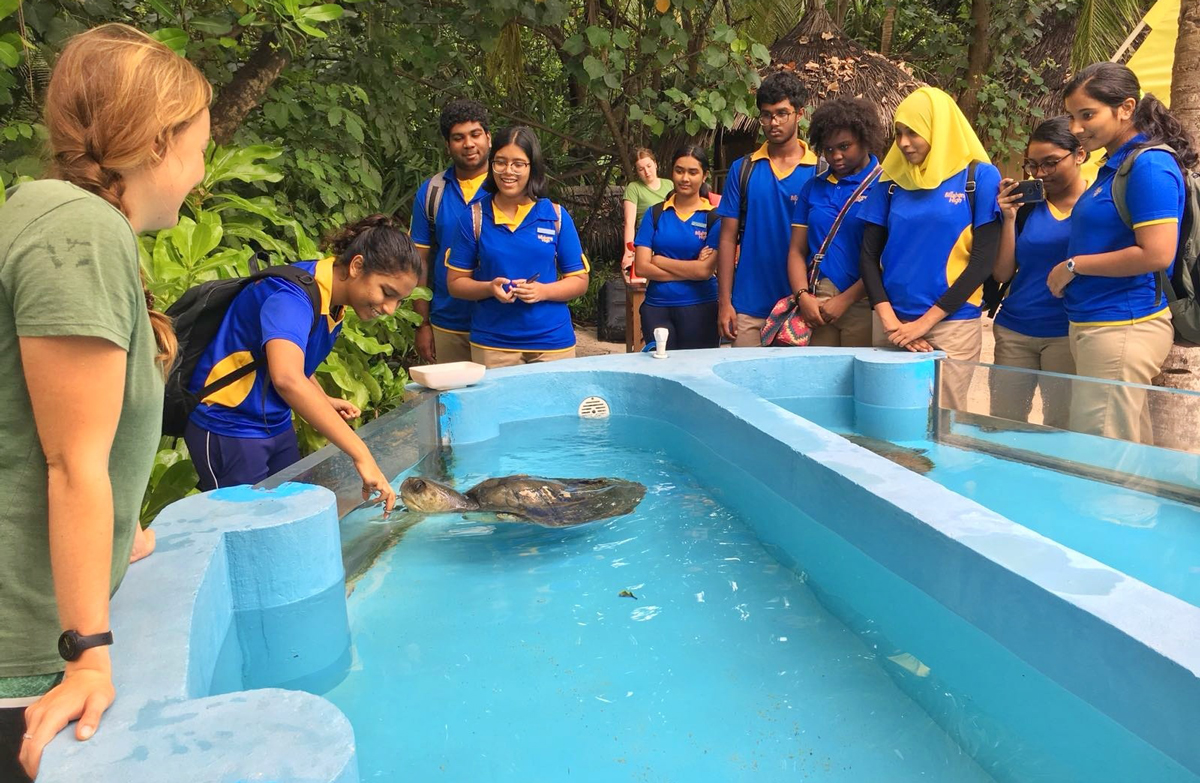 Coco Palm Dhuni Kolhu was delighted to host a group of students from Billabong High International School in Male’, as they visited the Marine Turtle Rescue Centre on the island.

The centre opened its doors in early 2017 and is run by the Olive Ridley Project (ORP), a UK-based charity whose mission is to remove discarded fishing nets- known as ghost nets- from the ocean; rescue and rehabilitate sea turtles injured by these nets; reuse and reduce marine debris; and educate the world about the dangers of ghost nets and the dangerous situation of sea turtles. The project is named after the Olive Ridley species of sea turtle, which is by far the most frequent victim of these ghost nets.

The students and their teachers from Billabong High were hosted by the Olive Ridley Project veterinarian, Dr. Claire Lomas, who gave them a presentation about the centre, the project, and their work across the Indian Ocean. This was followed by a tour of the centre, which is a fully-equipped, veterinarian-led rescue centre with a surgical unit; the first of its kind in the Maldives. The students got to meet the turtle patients at the centre, and even had the opportunity to feed them! 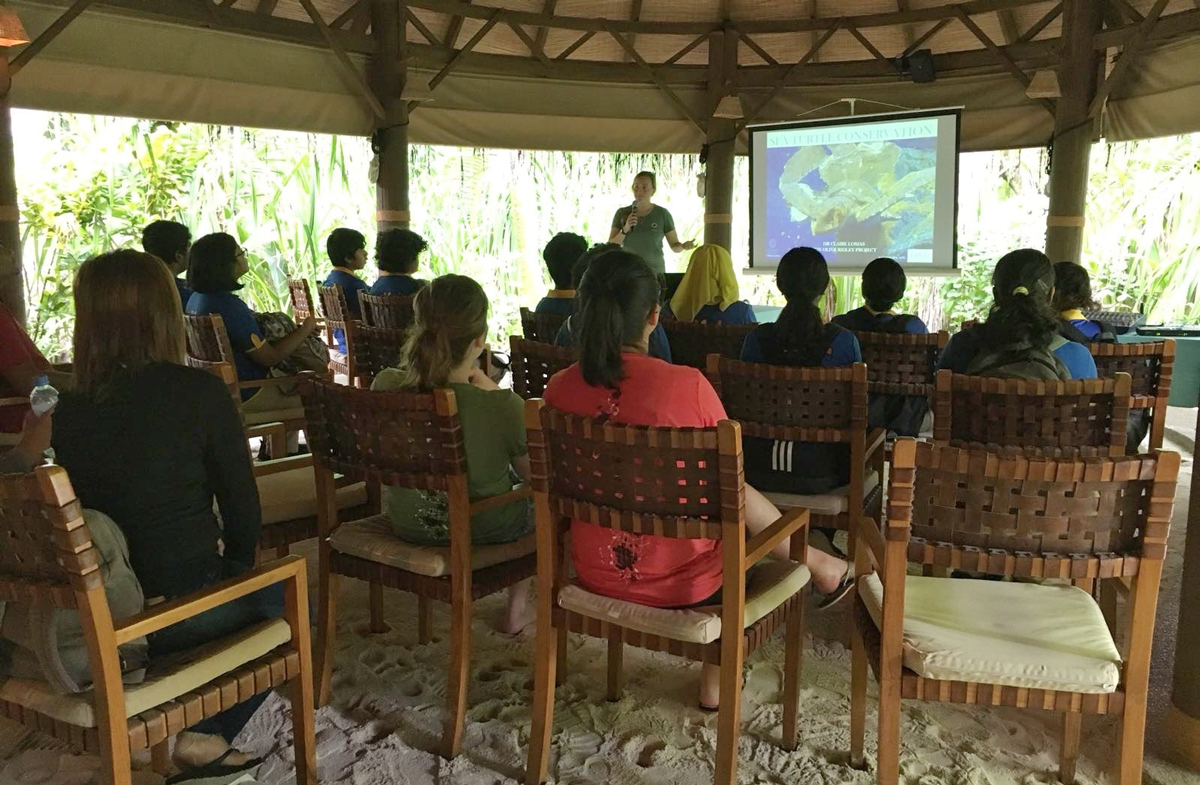 After the tour, the students enjoyed a refreshing lunch provided by our chefs, followed by a quick Turtle Quiz, before beginning a Ghost Gear Bracelet Workshop. This workshop taught the students how to make bracelets out of salvaged discarded fishing gear. The ORP works with several artists and organisations around the world to turn discarded ghost gear into wearables such as these bracelets, on a larger scale.

During their time the students took videos of the centre and conducted a short video interview with Dr. Lomas, as they are putting together a presentation to educate other schools in Male’ about turtle conservation.

We look forward to welcoming more such budding conservationists from across the Maldives to Coco Palm Dhuni Kolhu to learn about sea turtles and how to protect them.